Krakow is a second largest city in Poland with 759 800 inhabitants and with a unique atmosphere and spectacular monuments. The city is situated in southern Poland on the Vistula river. Kraków was the capital of Poland and the residence of Polish monarchs for 573 years. Kraków is one of the most important cultural and tourist centres in Poland. The city is popular for its unique monuments and renaissance architecture. You can find here many cultural institutions, theatres, cinemas, museums and philharmonic. It is also the biggest academic centre of Poland. Thanks to 10 public universities and 13 non-public universities of higher education, Kraków is the heart of Polish science.

Public Transport
While Krakow has no underground metro system, it does have an integrated bus and tram system which runs from 05:00 - 23:00, with night trams and buses continuing less frequently after that. Check timetables and network maps online at mpk.krakow.pl (which has English functionality), and purchase tickets from the handy ticket machines (also in English) at major stops, on-board most trams and buses. Note that the ticket machines at stops take bills and bank cards, but most of those on board trams and buses take coins only, so have some change handy. Tickets are the same for trams and buses, and are timed, allowing you to change between tram or bus lines within the allotted time.
The cheapest fare is good for 20 mins at a cost of 2.80zł. By our estimation, this is about the time it should take to go 5-8 stops, depending on traffic, and ideal for travel around the Old Town, Kazimierz and Podgórze.
Most importantly, you must stamp your ticket immediately on boarding the tram or bus in the small machines on-board, even if you bought your ticket on-board. Beware that inspectors regularly travel on the lines handing out costly fines to those without valid or proper tickets.

Kraków is well connected to Polish and European cities through numerous bus and railway routes and located close to the international airport in Balice.

Kraków can be accessed by the following means of transport:
By train
The Main Railway Station in Kraków (Polish: Dworzec Główny) is located in very centre of the city. The station has convenient railway connections to all major cities in Poland as well as direct international connections to Budapest, Lviv, Prague and Vienna. Information on train schedules can be found at: www.rozklad-pkp.pl.

By airplane
Flight connections from Kraków can be found at: www.krakowairport.pl.

Public transportation
You can easily get around Kraków by bus or tram. For more information, visit: www.mpk.krakow.pl.
A helpful search engine for travel connections is available here: krakow.jakdojade.pl.

Time zone: Central European time zone (GMT + 1 hour / UTC + 1 hour)
Currency: 1 złoty (PLN) = 100 groszy
Dialling code: +48
Emergency calls:
European Emergency Number: 112
Ambulance: 999
Fire brigade: 998
Police: 997
Useful websites & apps Despite the fact that Kraków’s tram and bus network is incredibly easy to use, even for foreigners, we’ll still admit to being a bit put off from using it at first; that is until we discovered the veritable skeleton key to unlocking public transport: the krakow.jakdojade.pl website and the jakdojade app for your smartphone.
The former is a great tool for advance planning, but the app is more practical for figuring out how to get from point A to B once you’re out in town and away from your computer. Just type in your starting address (the app does this automatically) and destination, or pin the locations on a map; select the time you want to depart or arrive, and Jakdojade magically churns out the best method for you to get there. Finished at the museum and want to head back to the hotel? This app will tell you exactly which bus or tram to get on, lead you to the correct stop and even tell you which ticket to buy. It’s brilliant and absolutely worth the couple Euros you’ll spend to download it. For those who prefer to feel smarter than their phones, you can also find timetables and network maps at mpk.krakow.pl.
You can have a virtual walk around Kraków on this website: http://wirtualnyspacer.krakow.pl/index.php?EN#/53109/0
Other useful information available at http://www.cracowonline.com/ Interactive map of Kraków: http://www.cracowonline.com/krakow_map.php
And lastly, ‘Pigeons shoot Kraków.’ Watch Kraków from the perspective of its most characteristic animals: http://www.krakow.travel/golebie-kreca-krakow
What to see in Kraków
Kraków’s centre can be divided into two main sections – the Old Town and Kazimierz (the former Jewish Quarter), with Wawel (the former Royal Castle) towering between them.
These three areas are requisite for anyone visiting them. Though one could spend their life wandering in and out of the cobbled streets, courtyards, cafes, clubs and museums of the Old Town and Kazimierz (we’ve attempted to make a life out of it), don’t hesitate to take a trip across the river into Podgórze - arguably the city’s most evocative and mysterious district; the Jewish heritage trail also naturally leads you from Kazimierz to Podgórze, where the worst horror of Kraków’s Nazi occupation played out and Schindler made a name for himself.
Just west of the Old Town lies Salwator - Kraków's greenest district, and home to one of its most unique outdoor attractions, Kościuszko Mound – the symbol for independence and struggle for freedom with a beautiful view on Kraków and its surroundings. You can also visit Nowa Huta, one of only two planned socialist realist cities ever built. Designed to be the antithesis of everything Kraków’s Old Town represents, both culturally and aesthetically, the commie comforts of Nowa Huta are only a tram ride away. On Friday you should strongly consider day trips to Wieliczka Salt Mine or Auschwitz-Birkenau. Enjoy exploring Kraków!
Leisure in Kraków
Drinking in cafes and beer gardens is probably the number one local leisure activity. Generally, Cracovians are spoiled with recreation opportunities, if only for the fact that the Old Town is a joy to stroll around when the sun is out and features several unique green spaces, particularly the Planty – park surrounds whole Old Town and Błonia – the biggest city-centre meadow in Europe. Other highlights include Las Wolski (Wolski Forest), which is home to Kościuszko and Piłsudski Mounds, as well as the Zoo, and provides plenty of hiking opportunities. Cracovians also love getting out of town, whether it be short day-outings to Tyniec and Ojców National Park (both of which you can expect to be packed on sunny weekends), or mountains excursions to the Beskidy and Tatra ranges to the south. Zakopane is an especially popular destination for skiing in winter and hiking in the summer.
Museums in Kraków
There are several museums in Kraków. It is worthy to visit the National Museum. One of the most famous museums in Kraków, Schindler’s Factory, brings you into the story of Oskar Schindler and his employees during World War II. Old Synagogue serves as the oldest surviving example of Jewish religious architecture in Poland and is home of the history and traditions of Polish Judaism. It is no longer a working synagogue. Rynek Underground takes visitor four metres under the surface of the market square to explore the medieval merchant stalls that predate today’s Cloth Hall.
Kraków shopping
While Kraków cannot be considered a shoppers' paradise in the traditional sense, its artsy reputation makes it a great place to pick up antiques, artwork and jewellery. Areas of note include Kazimierz and the open air markets - particularly Plac Targowy. For typical Cracovian souvenirs head to the Cloth Hall in the centre of the main square: find all manner of glasswork, lace, amber, wood carvings, local sweets and stuffed dragons. For the generic western experience you can hit one of the shopping malls we list, however throughout this section we've made a concentrated effort to focus not on recognised, international brands and franchises, but unique, home-grown businesses; so we encourage you to put your money where their mouth is.
Kraków Bars, Pubs & Clubs
If you believe urban legend (like we do), Kraków has the highest density of bars in the world. Simply hundreds of bars can be found in cellars and courtyards stretching from the Old Town to Kazimierz and beyond. Keeping them open, of course, are the thousands of tourists that flock to Kraków every year, and with higher tourism comes higher prices: expect to pay 7-10 zloty (2-3 euros) for a large beer.
The opening hours are flexible; basically if people are drinking, the barman is pouring.
For clubbing, the main hedonist high streets are Floriańska and Szewska, where nary a medieval cellar will be left unthronged by sexed-up students on a Friday or Saturday night; you can also expect most clubs to charge a cover of anywhere from 5-20 zloty those nights.

Cost of living in Poland

Average monthly cost of renting a flat (in total) according to Bankier.pl:

The most expensive city (Warsaw):

Here you can find a few guides,  websites and partners  with useful information about the local life:
Magical Krakow – practical information concerning life in Kraków
Krakow In Your Pocket
Cracow-Life
The Krakow Post

Other Services (Directory)
In your Pocket list of services
Hospitals, dentists, laundromats… 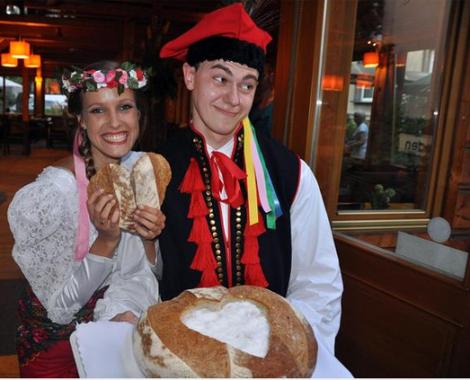 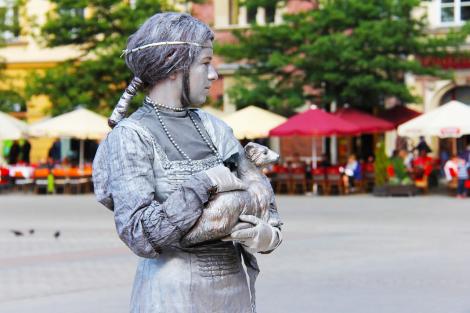 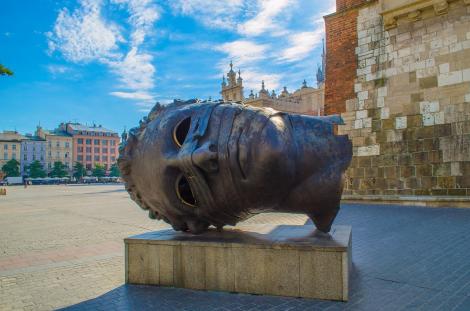 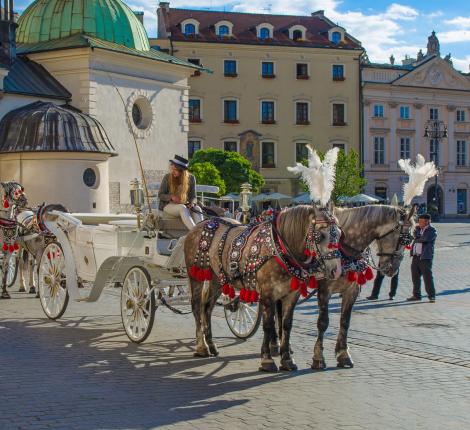 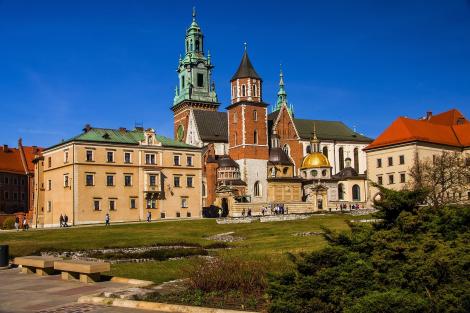 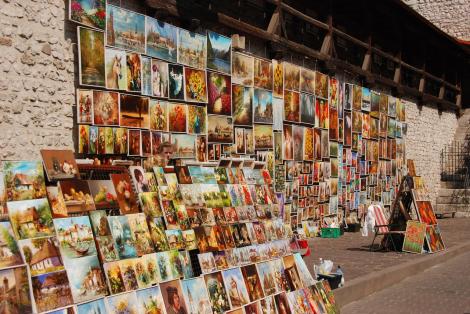 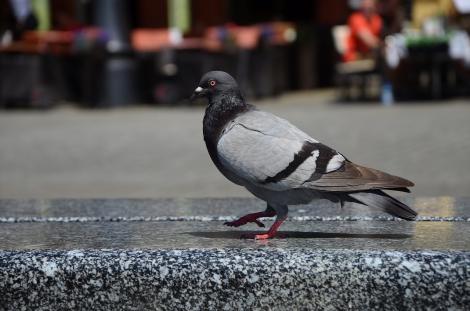 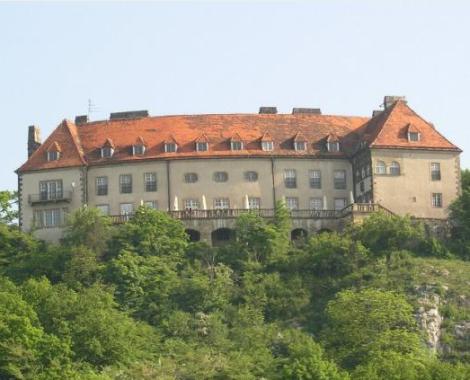 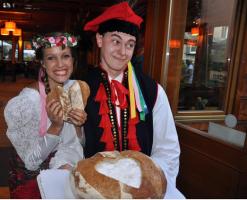 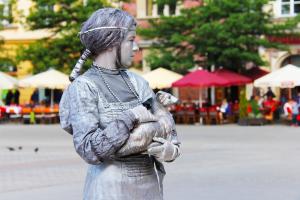 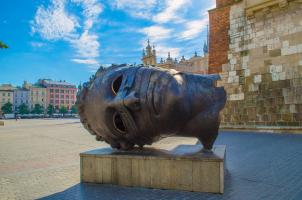 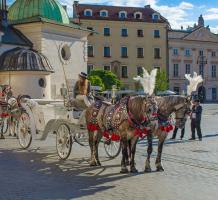 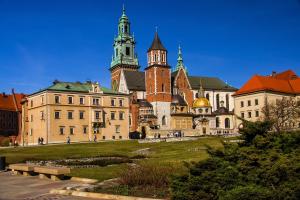 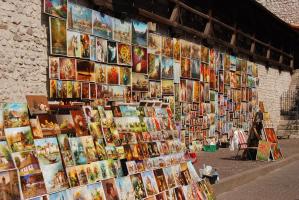 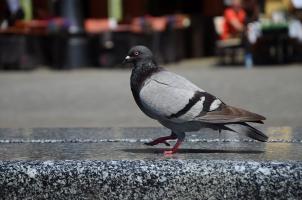 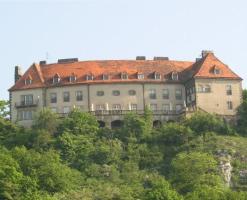